MARLISCO exhibition was displayed at the beautiful building of Zappeion Mnsion during the informal Council Meeting of EU Environment Ministers.

In total, aprox. 200 delegates participated in this meeting.

During the informal meeting the Ministers exchanged views on the challenges and needed measures and urged for improvement of cooperation with other countries, in order to maximise efficiency, effectiveness and coherence to protect the marine environment , with a view to provide the appropriate conditions for sustainable Blue Growth.

Other topics addressed were: expectations from the EU side for the upcoming UNEA, given the EU¢s long-standing support for UNEP¢s role; inclusion of environmental aspects in the post-2015 development agenda; UNEP¢s / UNEA¢s role / engagement in the fight against illegal trade in wildlife; certain elements of the Climate –Energy Package in the framework of 2030 that, according to the relative European Council Conclusions, need further analysis.

Find here some shots of the Exhibition in Zappeion: 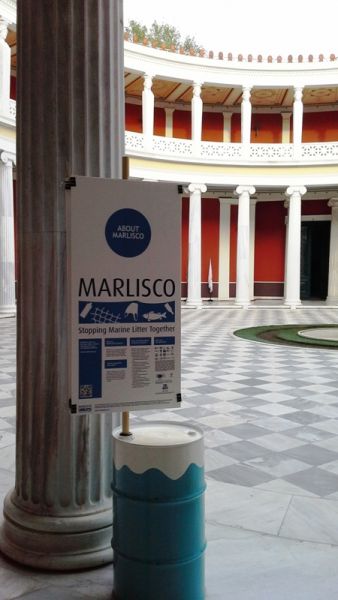 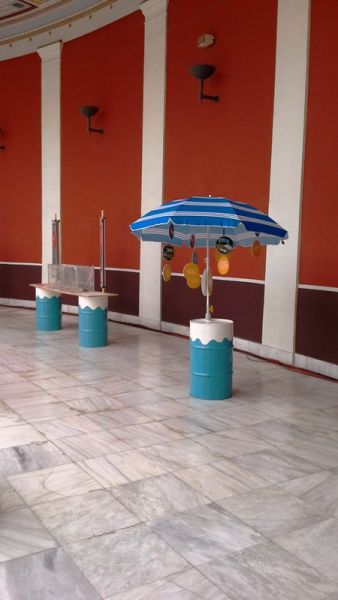 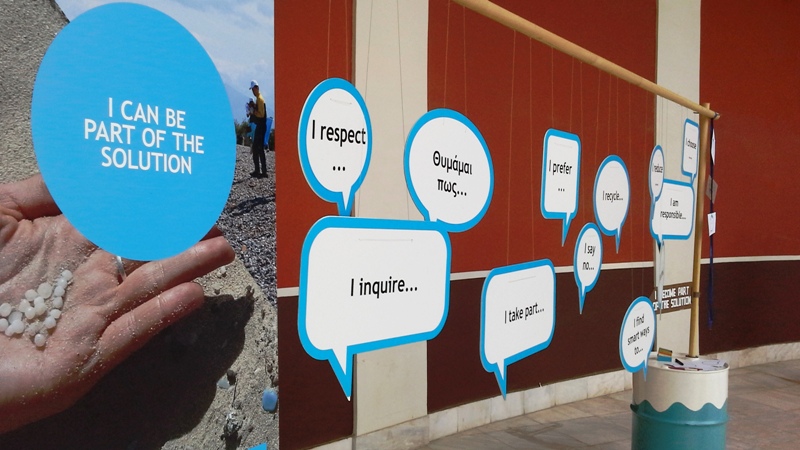 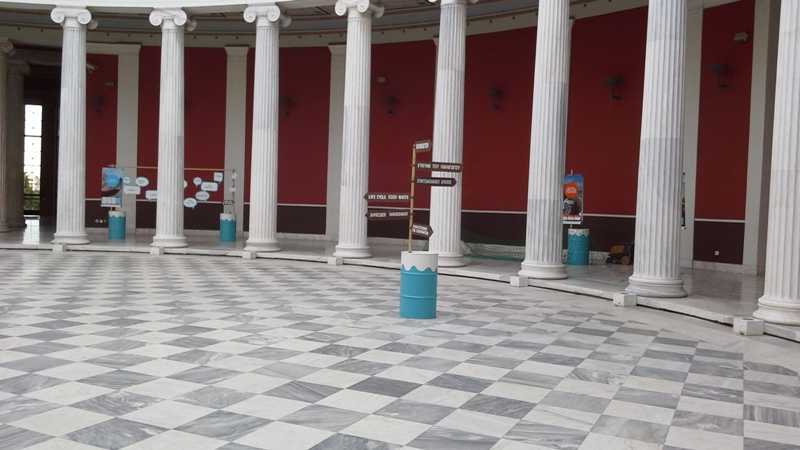 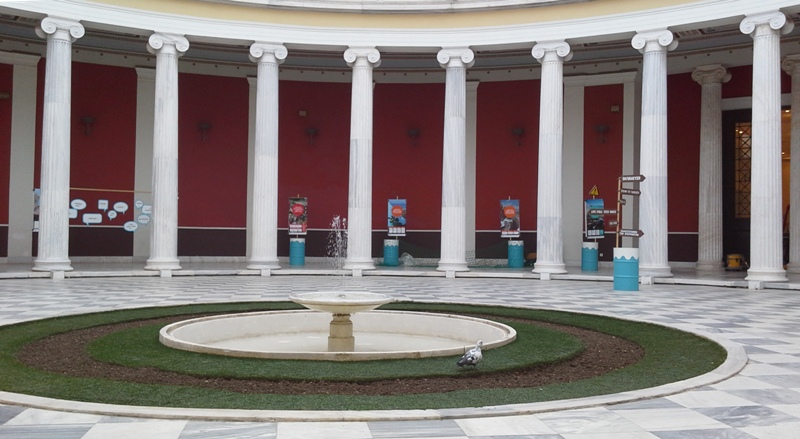 Janez Potočnik, EC Commissioner for Environment and well-known advocate for cutting marine litter in Europe, together with Ioannis Maniatis, Greek Minister of Environment, Energy and Climate Change, launched on May 12th 2014 a series of activities related to Marine Litter in the Mediterranean taking place within the framework of the Greek Presidency of the EU and back-to-back with the Union for the Mediterranean (UfM) Ministerial Meeting on Environment and Climate Change and the informal Meeting of EU Ministers of Environment.

They both officially inaugurated the MARLISCO exhibition during the launching ceremony in the premises of the University of Athens.

The events during the Marine Litter Week, 12-16 May included also:

MIO-ECSDE is a partner in all of the above mentioned projects and hosted the events of the week.

Throughout the week more than 500 participants including experts on marine issues, representatives of public authorities, socio-economic stakeholders, educators and students from more than 18 countries, as took part in the events.

Find here some shots from the MARLISCO inauguration: 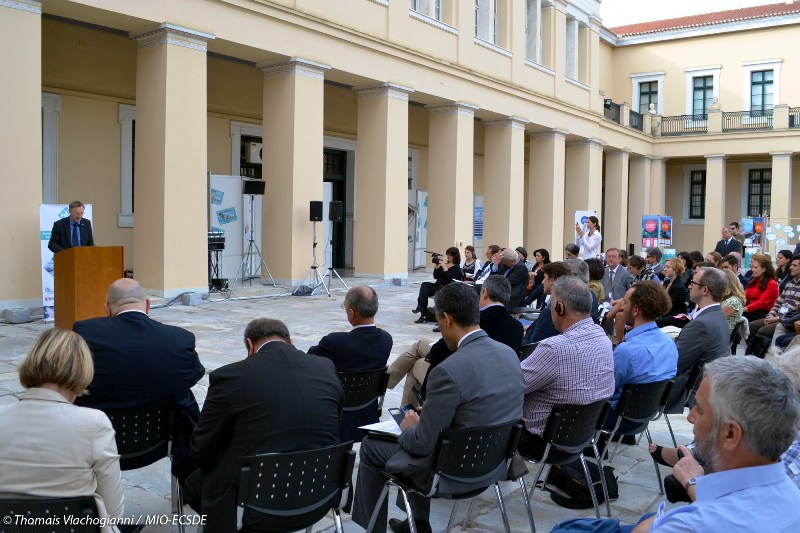 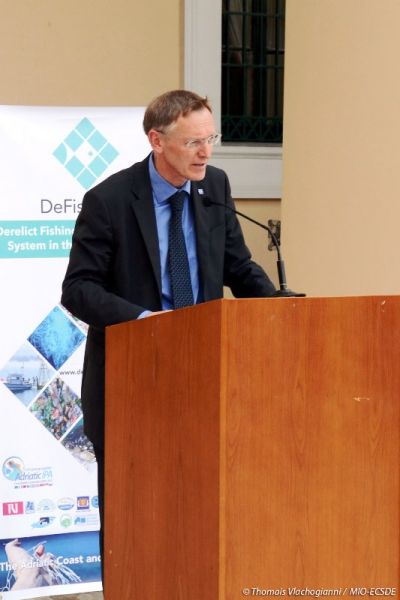 EU Commissioner Potočnik during the inauguration speach (close up).

Greek Minister for Environment Ioannis Maniatis during the inauguration. 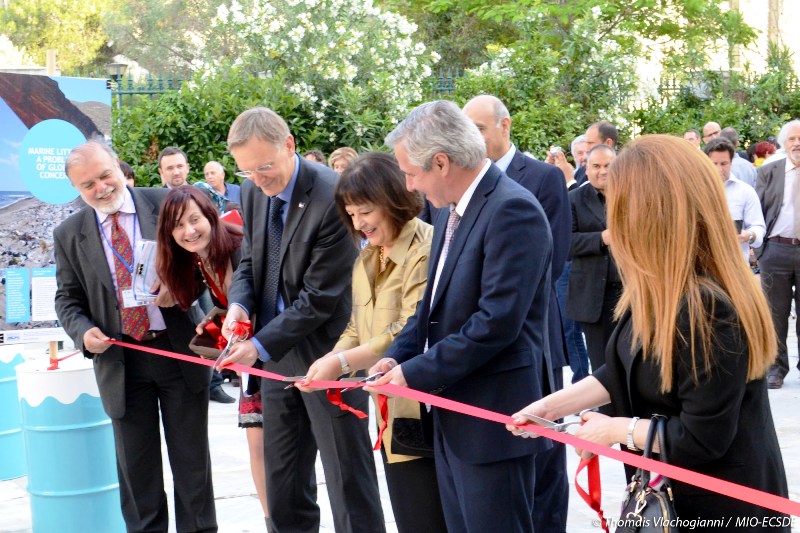 MARLISCO EXHIBITION AS PART OF THE EUROPEAN CLEAN UP DAY 2014

The MARLISCO exhibition travelled on shore … to be part of a voluntary beach cleanup organised in the framework of the European Clean up Day. Some 150 people, younger and older volunteers, families, visitors, swimmers and divers gathered on the beach of Varkiza (Attica region) on the 10th of May 2014, to clean up the coast and the seabed, play, have fun and learn about marine litter.

Volunteers collected seven bags of trash, mostly cigarette butts and crushed plastic from coastal recreational activities (micro-litter). The “Loutraki Divers” collected trash from the seabed mostly items relating with fishing and construction but also coastal recreational activities. The data from clean ups throughout Greece are be published by HELMEPA.

The event was concluded with a tour around the MARLISCO exhibition. Visitors and participants showed a big interest in it.

The beach cleanup in Varkiza was coordinated by HELMEPA and coorganised by the Royal Bank of Scotland (RBS), the British Embassy in Athens, the Mediterranean Information Office (MIO-ECSDE / MEdIES), the Navy Athletic Club of Vari - Varkizas, the Greek Recycling Development Company and the Loutraki-Divers.

The “European Clean up Day” was organised for the first time this year with the support of the EC and is coordinated in Greece by HELMEPA. Nationwide, more than 4,500 people responded to the call of HELMEPA and organized over 100 clean-ups in coasts, seabed, river banks, lakes, forests, parks and other natural areas throughout Greece.

Find here some shots from the MARLISCO Exhibition in the clean up: 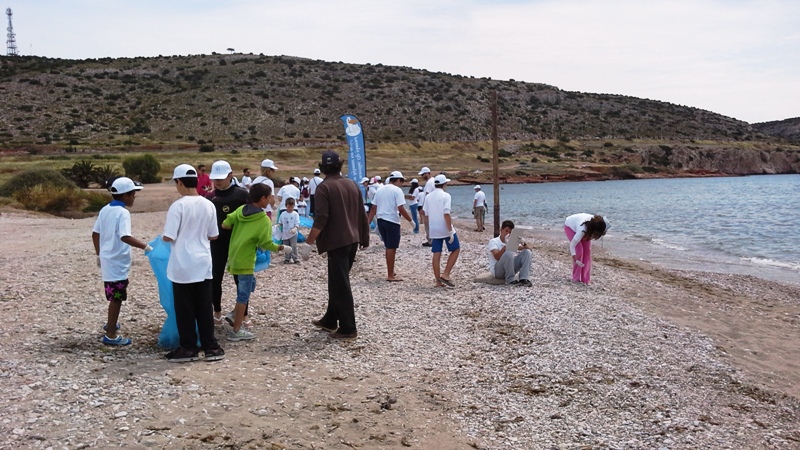 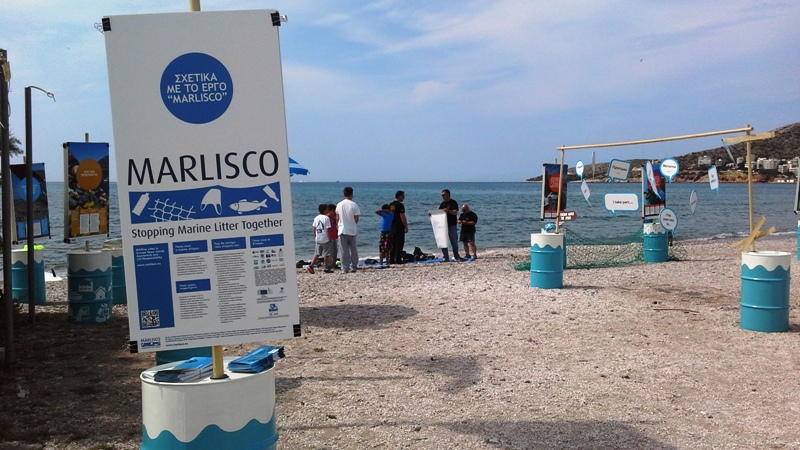 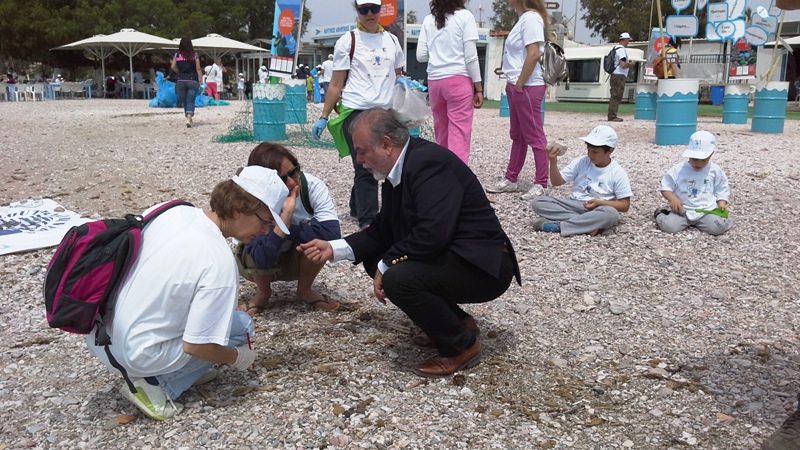 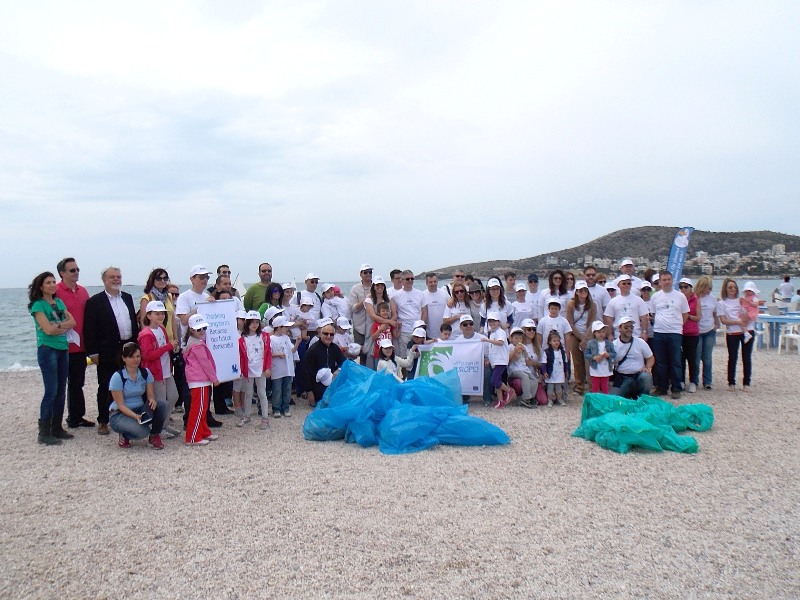 The volunteers in the concluding photo of the clean-up.

School groups, University researchers, families, artists and scientists formed the diverse group of more than 5000 visitors that took part in the 1st Athens Science Festival. Amongst them 1600 students.

The Exhibition on Marine Litter was there, in the framework of the rich program of the Festival. MIO-ECSDE / MEdIES stuff through games and interactive activities showcased the sources the scale and the impacts of marine litter. We have enjoyed some interesting thought provoking discussions with youth and adults on possible ways to solve this challenging problem.

Obviously we have a long way ahead to tackle it, but we feel rather empowered by the hundreds of pledges and commitments that that were handwritten and left to us by the visitors.

Find here some shots from the MARLISCO Exhibition within the Festival: 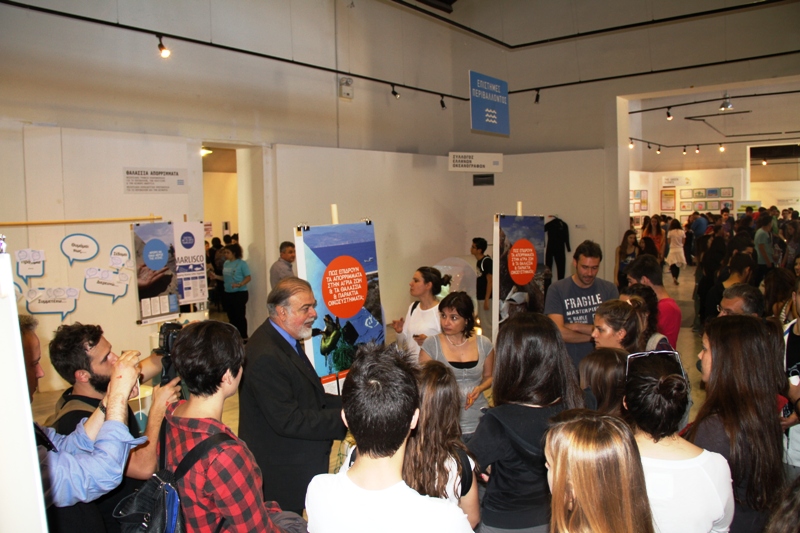 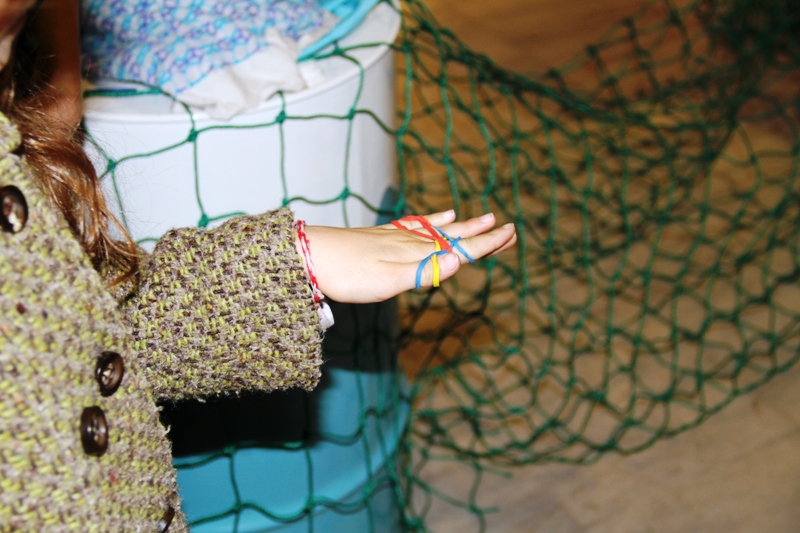 Rubber bands around a child's fingers to demonstrate entanglement of sea wildlife due to marine litter. 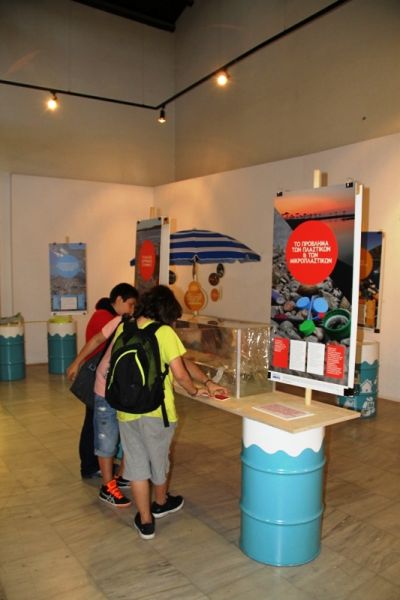 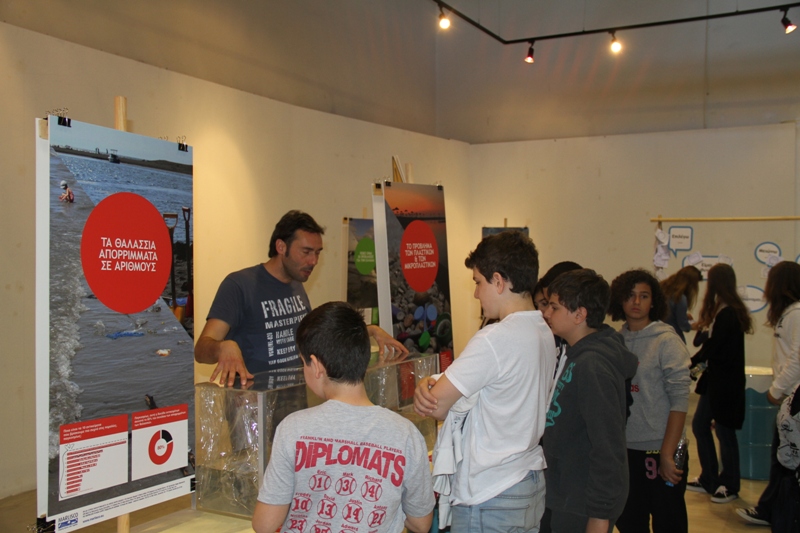 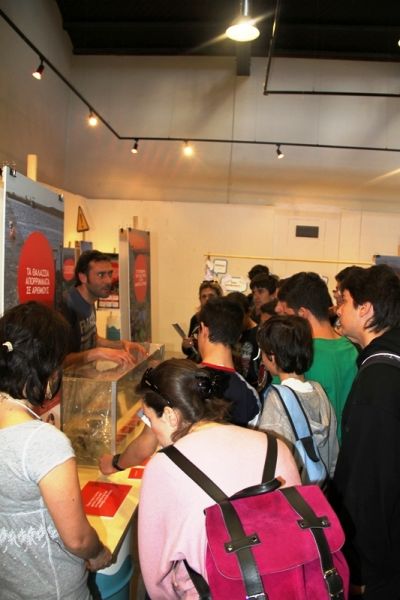 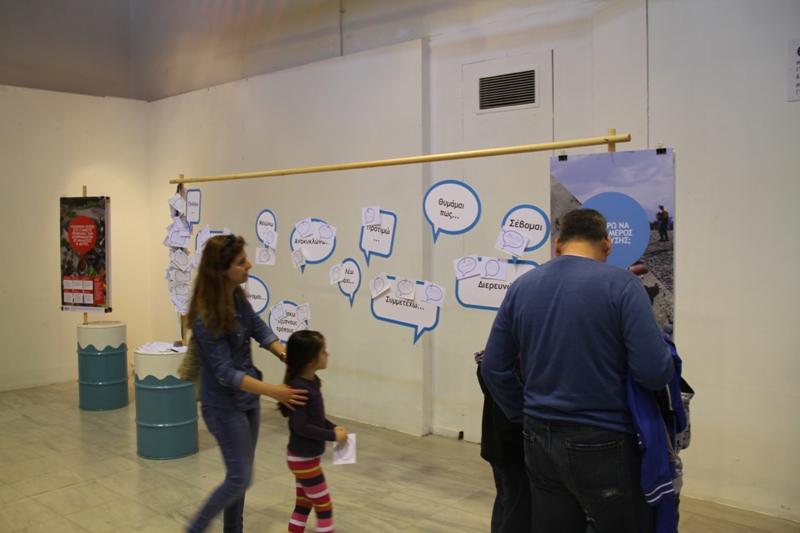 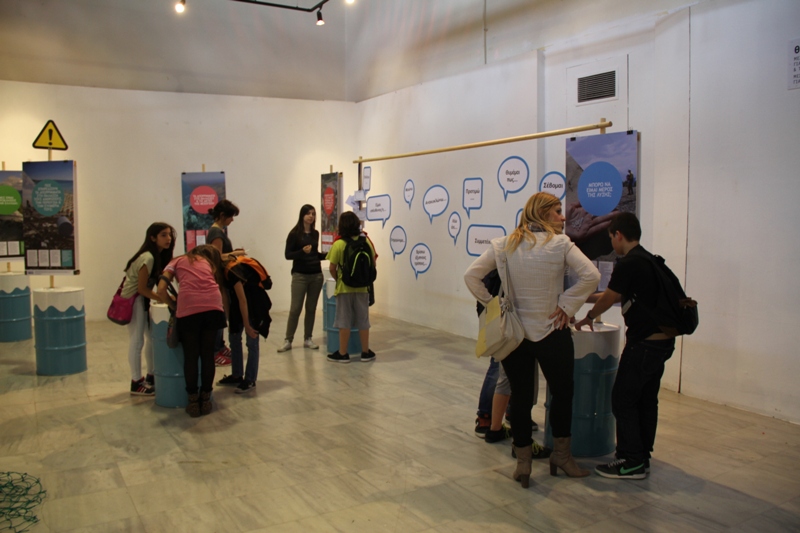 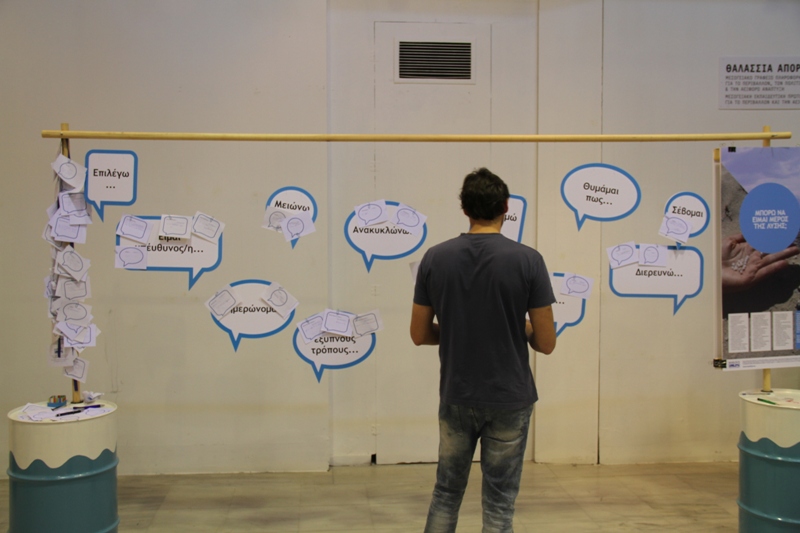